You may be wondering why you haven’t seen your favorite youth runners at local track meets this year.  The Harriers are primarily a distance running team, with a focus on cross country racing.  In the past, the team has participated in track meets to stay conditioned for the fall XC season.  The coaches realized the speed work required for track training was not conducive to the long-distance work necessary for XC peak performance.  So in 2019, the spring season is being used for XC training, with the Harriers participating in a few local 5k races as well as a couple of FLYRA track meets in order to qualify for the State Meet.  If you would like information about joining the Harriers, please see our Want to Join page and email harriersxc@gmail.com.

Every year, Tampa’s premier distance running event, the Gasparilla Distance Classic, falls on a February weekend.  For competitive middle school runners, it is after cross country season, but before the official start of track season.  Harrier Ellie Pleune used her time between seasons to train for the elite Gasparilla racing event, putting in mileage of up to 30 miles per week (Times, 2017).  Her efforts paid off, making her the youngest to win in the race’s 40 year history.  Pleune competed in two of the weekend’s four events, winning the overall female title in both the 5k and the 8k (Times, 2017). 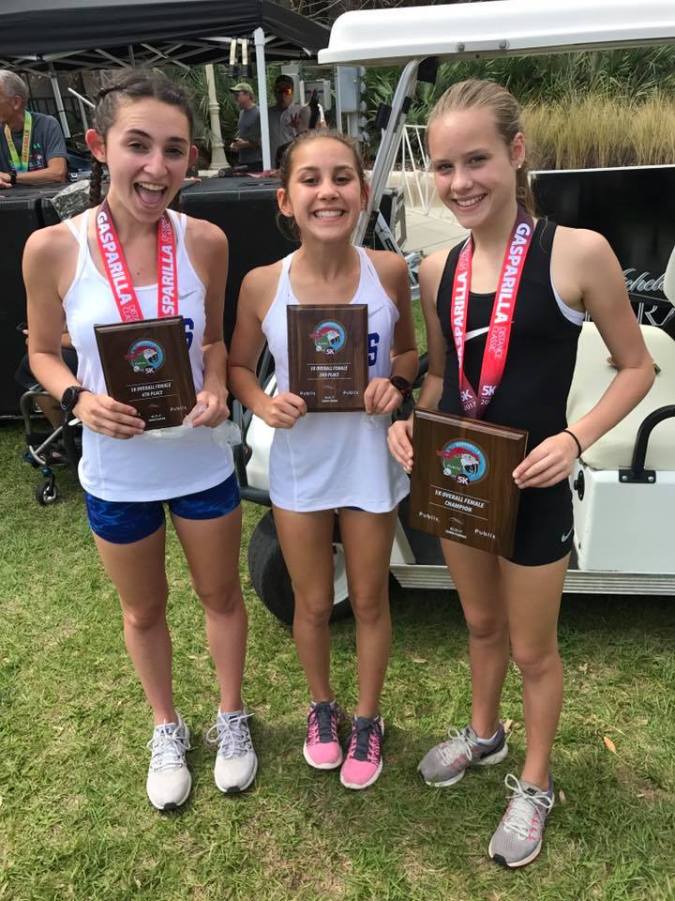 The Hillsborough Harriers had 20 current members running in either the 5k or 8k during Gasparilla weekend and a multitude of former Harriers, parents, siblings and coaches.

The start of the 8k race, which had over 5,400 participants.

Oscar Brown and Zach Harrigan pose at the start of the 8k. Oscar (9) won the 10 & under title with the fastest time for that age category since the distance was added.

Happy Father’s Day to all of the Harrier dads!!
First day of xc practice and celebrating our flag! Happy Flag Day!
Fastest 5k Team, Fastest 10k Team, an overall winner and lots of age group awards for the Harriers at the Rap River Run today!
What we do after a very hot summer training run!